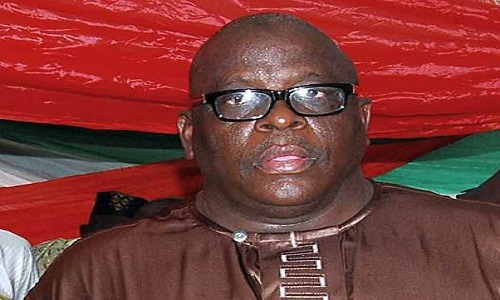 The appeal filed by Sen. Buruji Kashamu of the Peoples Democratic Party (PDP) challenging the judgment of election tribunal that sat in Abeokuta, could not continue on Tuesday due to the dissolution of the panel of judges.

The News Agency of Nigeria (NAN) reports that the tribunal, chaired by Justice Tobi Ebiowel, had ordered for rerun in 110 polling units within Ogun East senatorial district.

Mr Dapo Abiodun of All Progressives Congress (APC) had challenged the declaration of Kashamu as winner of the March 28 senatorial election.

The court registrar said that new panel of judges has been constituted, but the date the case would come up was yet to be fixed.

While reacting to the dissolution of the panel, Mr Adebayo Dayo, Chairman Ogun PDP, said that the judiciary was trying to be fair to all the parties.

Dayo said that the PDP discovered a lot of atrocities going on with the litigation, which made the party to raise an alarm against the disbanded panel.

In his contribution, APC candidate, Abiodun, said he was surprised that the panel was dissolved; saying time was running out on the appeal to complete the matter. (NAN)