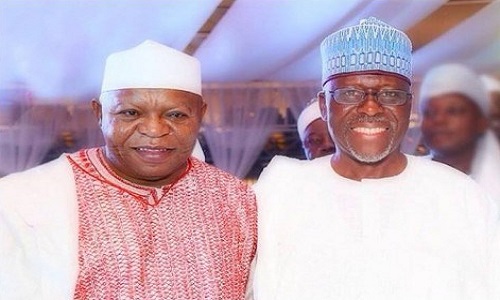 The Kogi State chapter of All Progressives Congress (APC) has condemned orchestrated campaign by what it termed “remains of the Peoples Democratic Party (PDP) in the state in concert with some fifth columnist elements in our party”.

The party’s position was contained in a statement issued by the Prince Abubakar Audu Campaign Council.

The APC described the campaign of calumny as one “designed to wipe up ethnic, jejune and primordial sentiments to boost the lacklustre campaign of a man who has been in slumber in the last four years as Governor of Kogi State”.

A statement signed by Barr. Humphrey Abah, Chairman, Prince Abubakar Audu Campaign Council, read: “After four years of failed governance, the PDP in Kogi State has suddenly realised that its stewardship is completely bereaved of milestones and, therefore, nothing of immense value to take the people as marketing points for its second term bid.

“These hired political mercenaries have resorted to outright hate campaign, playing an ethnic script, fanning the embers of discord amongst our party members and trying to create a wedge between our candidate, Prince Abubakar Audu and Mr. President.

“The ultimate intention of this malicious and wicked campaign is to create stumbling blocks on the victory march of Prince Abubakar Audu and his running mate, Hon. James Abiodun Faleke.

“Specifically, we wish to distance ourselves from the sponsored advertorial published by a motley of unknown groups, first on Sunday, October 25, 2015 titled ‘Prince Abubakar Audu’s Candidature and the Ebira Question’ under the aegis of the APC (Kogi State APC Youth Front) in Daily Trust (Sunday edition) on page 42, purportedly signed by one Dr Abimaje Ocheni and Miss Grace Ebune and the second, ‘Kogi Guber Election and Our Enemies in High Places’ authored by another unknown group, Concerned Kogi APC Stakeholders with one Elder Okpanachi Amen Obulo and Chief (Alh.) Sani Shaibu Ogu as signatories”.

The statement noted that the attempt to create animosity between APC candidates and party leadership/the Presidency has failed as all stakeholders in the party are determined to prove that the party’s victory in the last general election was no fluke.

“We wish to put on record that since Prince Abubakar Audu emerged as the APC flag-bearer in a free, fair and transparent primary election, our campaign activities has enjoyed a seamless support from the national leadership of the party and the presidency, contrary to the innuendoes by the so-called ‘Concerned Kogi APC Stakeholders’.

“It is arrant backlash for this hired group to assert that the party’s high command did everything possible to prevent Prince Abubakar Audu’s emergence as the APC flag-bearer”.

The statement added that the chilling stories that the party hierarchy was not on the same page with Audu falls flat in the face of the huge success of the last Saturday’s state rally attended by top party apparatchik including the national chairman, Chief John Odigie-Oyegun, and APC Governors led by Governor Rochas Okorocha.