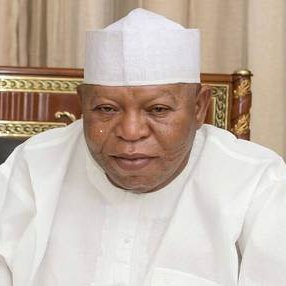 Edo State Governor Adams Oshiomhole has described the death of Prince Abubakar Audu, candidate of the All Progressives Congress (APC) in the November 21 gubernatorial election in Kogi State as a rude shock.

A statement by his Chief Press Secretary, Mr Peter Okhiria quoted the Governor to have said: “I received with shock, the sad news of the death of Prince Abubakar Audu, candidate of our great party in the Kogi state gubernatorial election.

“I was with Prince Audu just a few days ago, at the mega rally of our great party, where we marketed our party’s manisfesto to the electorate and he looked hale and hearty as he dished out his plans to restore the glory of his state.

“His death, coming just as we were getting ready to celebrate his unassailable lead at the polls, is a sad reminder on the transience of life.

“There is no doubt that Kogi state has lost a gentleman, a certified performer whose legacies as a first-term Governor remain unmatched in the state.

“Even as we mourn his untimely death, we are consoled that he made quality contributions to the development of his state and lived a life worthy of emulation.

“I express my deep personal sympathy, and the condolences of the Government and people of Edo State to his family. I pray Almighty Allah grants his soul Aljannah Firdaus,” Oshiomole said.