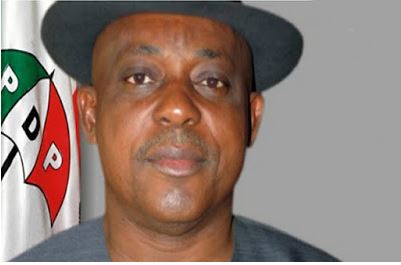 A Peoples Democratic Party  (PDP) chieftain in Kogi State, Adamu Enape, has been kidnapped by gunmen.
Enape, who is a member of the Kogi State Pension Board, was kidnapped on his way back from the governorship campaign tour of Idah in the Kogi-East senatorial district.
The spokesperson for the party in the state, Bode Ogunmola confirmed the incident but the Police Public Relations Officer, Kogi police command, William Aya, says he doesn’t know anything about it.
Source: Punch