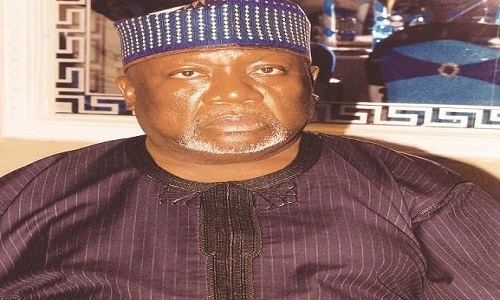 A former Director-General of the National Orientation Agency (NOA), Alhaji Idi Mohammed Farouk, has warned that if the All Progressives Congress does not handle the contentious issue of inconclusive governorship elections in Kogi State, the party risks experiencing the implosion that led to the fall of Peoples Democratic Party.

Mr. Farouk, who made this known in an exclusive interview with Daily Trust on Monday, said in the spirit of fair play, Hon. Abiodun James Faleke, the running mate to late Prince Abubakar Audu, should be allowed to become the APC candidate in the supplementary election slated for December 5.

Farouk, who was the deputy director, finance and administration of Buhari Presidential Campaign Organization and the chairman, media and publicity, North-West zone of the APC presidential campaign in the 2015 general elections, also advocated a Faleke/Mohammed Audu joint ticket.

Although there has been no official communication yet on the APC’s position on the issue of substitute candidate for the supplementary polls, there was media speculation last week that Alhaji Yahaya Bello, the runner up in the primaries that produced late Audu as governorship candidate, had been nominated to take his place.

But the former NOA boss argued that the election was not inconclusive in the first place.

“If the results had been announced, Hon. Abiodun James Faleke should have taken over because he is the running mate”, he said. “If the Constitution can allow that the Deputy takes over from the Governors in case of death, if the electoral law can allow that, even when they have just announced the results but the Governor-elect dies, the Deputy Governor-elect should take over”.

Mr. Farouk added that in any case, it wouldn’t be a bad idea for the APC to go to court and get an expedited action on the matter, if possible.

“The court should declare the APC as the winner. I’m sure that the court will do so because it is very clear”.

“But if they have to go for an election, it is my take that Faleke is the candidate and somebody from the Audu clique, like his son Mohammed Audu can be the running mate. If they wish to put an Igala, Mohammed is qualified because he is also a politician. Fair is fair. That is my take. Muhammed/Faleke or Faleke/Muhammed joint ticket is clear”, Farouk stated.

The APC chieftain warned that if justice and fairness is removed from democracy, what is left is anything but democracy, insisting that APC won the Kogi governorship election.

“That election has been won by the APC. I heard that they said the National Chairman said there would be a primary. How will he do it? What about the security situation in Kogi? People have won an election. Somebody has temporarily annulled it. Then, you say you will go for a primary?” he queried.

“For goodness sake, fair is fair. Faleke is the running mate who has also contributed enormously to that success. You have to move him up and take Mohammed, Audu’s son, who is of age because Audu held the APC in Kogi. Somebody mobilized funds and ran election. Ha ha! Why should we not be fair? If we are not fair and we begin to behave like the Peoples Democratic Party (PDP), then you can see what happened to the PDP. The APC wants to begin that route. Fairness and justice is supreme in a democracy”.