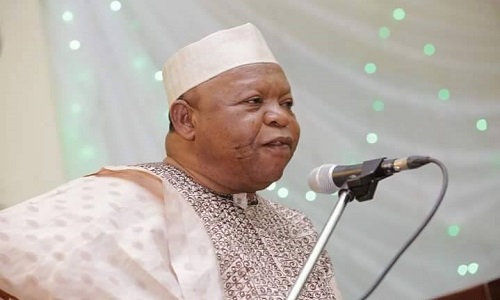 As the Kogi State governorship election gets underway on Saturday, the candidate of the African Democratic Congress, Zainab Usman, has announced her withdrawal from the contest.

Ms. Usman, the only female governorship candidate in the race, stepped down to pitch her tent with the All Progressives Congress, APC, candidate, Abubakar Audu, according to a statement she signed on Friday.

The ADC candidate described Mr. Audu, a former governor, as the only candidate that can take Kogi State to the promise land.

According to Ms Usman, the only visible developments in the state were put in place by the APC candidate when he was governor between 1999 and 2003.

She added, “the successive regimes of the Peoples Democratic Party, have failed woefully in spite of the huge resources at their disposal.

“(Therefore) I decided to dump my ambition and support Audu to move the state forward and continue from where he stopped in 2003.

“I have thus direct all my supporters to go out and vote en masse for the APC and Prince Audu tomorrow (today)”.