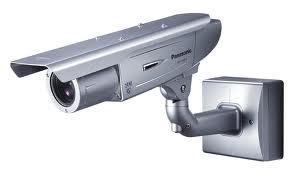 Lagos State Governor, Mr. Akinwunmi Ambode has said that the state needs Close Circuit Cameras (CCTV), in all public places and data of all suspected criminals to make the state more secure.

Ambode said this at a dinner organised in honour of outgoing and incoming board members of the Lagos State Security Trust Fund (LSSTF), held in Lagos.

According to the governor, with the present situation of things, it has become necessary for the private sector to collaborate with government, especially with the reality that there are not enough security operatives to secure the state.

“The next level is to invest in the right technology which will help in the fight against crime,” he said.

The governor said that to Police a state with over 21 million people requires a lot more than just additional policemen. He, therefore, urged both members of the Trust Fund and the private sector to help in the area of investing more on technology, which he admitted is not cheap, hence the need for massive support for government.

Ambode added that it was important for police stations to have the technology to access data from all over the world towards easy tracking of criminal elements.

Commending the outgoing members of the Board for a job well done, Ambode recalled that since November 2007 when the Board was inaugurated after the passage of the law establishing the Fund, a strong partnership has been forged between the government and the private sector to address the security challenges facing the state.

“This fund has generated over N4 billion as well as donations of patrol vehicles and other security equipment by individuals and corporate organisations. This fund has contributed significantly to improve operational capacity of our security agencies particularly the Nigerian Police, thereby increasing the safety of our state and residents.

“I commend the outgoing Board, led by Mr. Remi Makanjuola and the indefatigable, Fola Arthur-Worrey, for the strong foundation they have laid and the establishment of the Fund as a credible institution worthy of support by the private sector. Due to your diligence, commitment and dedication, the Security Trust Fund has become a template of private sector participation in security funding for other States of the Federation to emulate.

“You have made the task of the present Board easy as they will be inheriting a well-established structure and their objective will be to build on what you have done,” the Governor said.

He expressed confidence in the ability of the new Board to build on the achievements on ground with a view to keeping Lagos safe and secure.