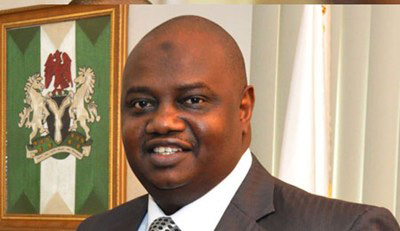 The immediate past chairman of the Economic and Financial Crimes Commission (EFCC), Ibrahim Lamorde, has filed a suit challenging the powers of the Senate to summon him over alleged corruption.

The Senate Committee on Ethics, Privileges and Public Petitions had on Tuesday ordered the former EFCC boss to appear unfailingly on November 24 to answer to allegation of diversion of N1 trillion recovered corruption loot after he failed to appear in person.

Lamorde, who was represented by his lawyer, Festus Keyamo, had reportedly traveled abroad for “medicals”.

Following the committee’s refusal to allow his lawyer make a presentation on his behalf, Lamorde, in the suit filed by Keyamo before a Federal High Court in Abuja, wants the court to determine whether in view of the provisions of Sections 88 and 89 of the 1999 Constitution, the Senate can invite him over issues surrounding an office he has vacated.

He also wants the court to determine whether in view of Section 36(1) of the 1999 Constitution, the committee can prevent his counsel from appearing on his behalf “only for the purpose of raising objection to procedural defects in the invitation to the Plaintiff to appear before the 2nd defendant”.

The ex-EFCC chair joined the Senate, its Committee on Ethics, Privileges and Public Petitions, the Inspector General of Police (IGP) and the Department of State Services (DSS) as defendants in the suit.

No date has been fixed for hearing.