The video you are about to watch was taken by an on-looker and was posted online by PM News. 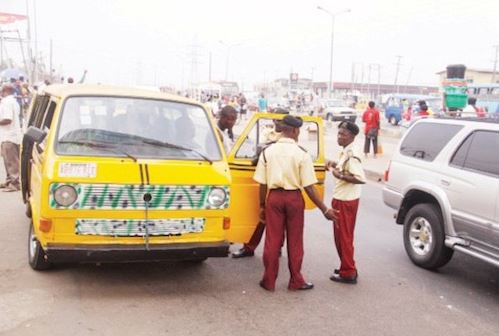 On Monday 16 Nov. 2015, LASTMA officials at Berger, Lagos State unprofessionally tried to seize a bus that had a punctured tyre. One of them got into the vehicle and dragged the car keys with the driver. The man was seen pleading at first but the officials refused, then he turned around to tell them they would rather ruin him than go away with his bus because he has committed no crime. A LASTMA official’s uniform got unbuttoned in the process, while the driver sustained injures. He was heard screaming in Yoruba saying, ‘E ma Ba aye mi je’ meaning ‘don’t ruin my life’. But when they refused to hear him, he changed his tune and said, ‘E ba aye mi je’ meaning ‘ruin my life’’, because at that point he had made up his mind that they wouldn’t go with his bus.

Another driver whose bus had been earlier seized also spoke on camera saying, he was arrested that morning and was given a N70,000 ticket. He asked on-lookers who he explained to, that he wonders where the LASTMA officials want him to get such an amount from when he is not a thief but a responsible driver.