A 52-year-old electrician, Esho Johnson, was on Wednesday granted bail by a Lagos Magistrate Court in Ogudu after been charged for dragging his wife on the floor. 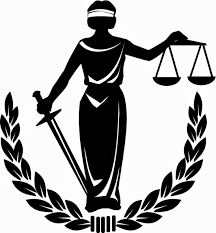 The Magistrate, Mrs O. Sule Amzat, granted Johnson bail in the sum of N50, 000 with two sureties in like sum, adding that they should provide evidence of tax payment and that their addresses must be verified by the court.

Johnson who resides at No 18, Bosun Anifowose Street, Ojota, area of the state was arraigned on a two-count charge of assault resulting in injury.
He however pleaded not guilty to the charges.

Testifying in court, the prosecuting officer, Sgt. Lucky Ihiehie, told the court that the complainant, a 45-year-old woman, Funmilayo, reported that at about 1:30 am Johnson dragged her on the floor, beat her to the extent that she sustained serious injury on her right eye.

According to Ihiehie, the complainant had been married to Johnson for 25 years and the union has produced five children.

His words, “He always assaults his wife and at one point threatened to disfigure her over a misunderstanding they had.
“The couples’ parents and church members have intervened but all to no avail.’’

The prosecutor narrated that trouble began when Johnson woke his wife up at 1:30 am and asked her vacate the house because she was irritating him.

He stated that complainant went out and lay down on the floor but the Johnson followed her, dragged her on the floor and started to inflict blows on her face.

The offences, the prosecutor stressed contravened Sections 170 and 171 of the Criminal Law of Lagos State, 2011, which provides for three years imprisonment.

However, the Magistrate, Mrs O. Sule Amzat, adjourned the matter till December 10 for mention.