A 26-year-old man, Francis Gabriel, has been remanded in the Olokuta prison custody by an Akure Chief Magistrate Court for allegedly killing one Henry Aliso, aged 20 years. 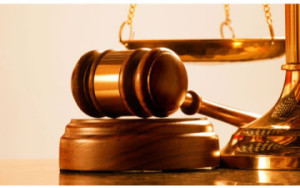 Gabriel, who is currently facing a one-count charge of murder committed the offence at Market road, Alade-Idanre, at the Ondo State Magisterial District, on October 20, 2015.

Police Prosecutor, Martins Olowofeso, told the court that the accused person, murdered Aliso by hitting him with a mortal pestle on the forehead.
Olowofeso said the action of the accused person resulted to the death of the 20 year-old victim and pleaded with the court for an adjournment to enable him send the duplicate of the case file to the Director of Public Prosecution (DPP) for legal advice.

The accused, however, pleaded not guilty to the offence.

Presiding Magistrate,Mrs Olayinka Omole, ordered that the accused should be kept in the prison custody pending the receipt of legal advice from the State Director of Public Prosecutions (DPP).
Omole, thereafter adjourned the case till December 12,2015.