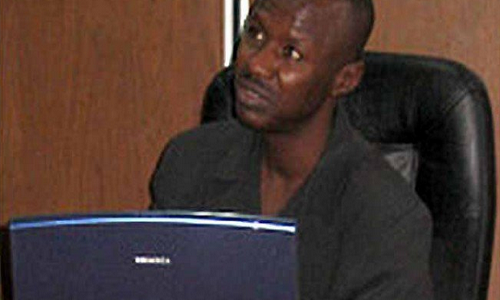 The name Ibrahim Magu might not ring a bell to most Nigerians but to those who have had the ‘privilege’ of encountering this disciplined police officer, his little frame notwithstanding, he is not one to be trifled with, especially, if you have a can of worms that you do not want opened.

The low public profile cut by this Borno-born Deputy Commissioner of Police is attested to by the fact that no matter how many times you search for him on Google, you are most likely to come up short with any useful information on him or even a high resolution photograph – that is if you get any photograph at all.

That is the man President Muhammadu Buhari has saddled with the responsibility of championing the anti-corruption campaign of his administration after he appointed Magu as the new Chairman of the Economic and Financial Crimes Commission, EFCC, following the exit of Ibrahim Lamorde.

According to information we gathered, Magu is one of the toughest interrogators the EFCC has had in its history – one that even former governors under investigation pray not to come under his microscope.

“Magu is the toughest interrogator you can ever think of. When he grills suspects, they sweat even in the coldest of rooms. He takes his time, does not rush his questions but he can question you for a whole day and wear you down”, an unnamed former governor was quoted as telling TheCable of his experience back in 2006. “We used to plead with Ribadu that he should not allow Magu to grill us, that we would rather be grilled by another officer”.

Magu, it was further gathered, despite just coming to national reckoning now, is not new to the EFCC as he was one of the early recruits into the anti-graft agency by its pioneer chairman, Malam Nuhu Ribadu.

His most recent national assignment was as member of the committee set up by the Buhari administration to probe the procurement of arms in the Armed Forces from 2007 to date.

Due to his perceived incorruptible nature, he was made head of the sensitive Economic Governance Unit (EGU), which handles investigations of senior public officials.

As head of the EGU, some of the high-profile investigations conducted by the EFCC were spearheaded by Magu prominent among them the alleged involvement of Senate President Bukola Saraki in the collapse of Societe Generale Bank of Nigeria; and James Ibori, former Governor of Delta State, who is serving jail term in United Kingdom for money laundering.

He also played a role in the investigation and eventual jailing of former managing director of the Bank of the North, Shettima Mohammed Bulama, who is also said to be his own brother in law.

Due to his work at the EFCC, Magu became a target of the powers that be, just like his former boss, Ribadu, who was hounded into exile in controversial circumstance under the administration of late President Umaru Musa Yar’adua.

Farida Waziri, who replaced Ribadu at the EFCC in 2008, was said to be uncomfortable with Magu’s presence over trivial issues surrounding loyalty and the worse happened when he was accused of illegally keeping case files of top politicians being investigated by the commission in August 2008.

His house in Abuja was searched and his property, including a laptop computer with sensitive files, was carted away by officials of the EFCC at the behest of Mrs. Waziri.

Redeployed to the Police Force after days of detention with nothing incriminating found against him, Magu was later suspended from the force, without salaries for several months.

However, his situation turned around for good when Lamorde was confirmed as substantive EFCC boss in 2012.

Both men had worked together at the commission when Mr. Lamorde served as head of operations of the agency during the Ribadu years.

Lamorde reportedly made it his number one priority to get Magu back at the EFCC and reportedly even got then President Goodluck Jonathan to intervene.

The move paid off as the then president was said to have directed the police authorities to co-operate with the EFCC by releasing any official the commission needs to strengthen its operation.

Magu remained a top official of the EFCC following Jonathan’s intervention until he was appointed to succeed Mr. Lamorde on Monday.