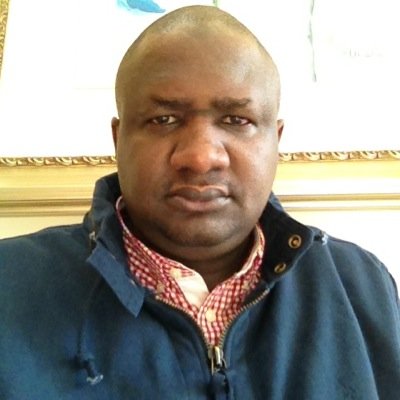 The National Youth Leader of the All Progressives Congress (APC), Hon. Ibrahim Dasuki Jalo, yesterday lamented that President Muhammadu Buhari’s administration has failed to carry the Nigerian youth along.

He said that the practice of “use and dump” of the youth after each election should be stopped forth with, saying it was counter-productive.

Jalo’s comment came on the heels of the recent ministerial appointments made by President Buhari, which no youth made the cut.

The APC youth leader spoke yesterday in Abuja at a workshop organized for the APC youth in collaboration with the International Republican Institute (IRI), with the theme “The Role of Youths in post-election era”.

Jalo said: “There is this saying that the youth are leaders of tomorrow but in Nigeria today, the tomorrow seems endless. After all we are leaders of today not tomorrow because we have waited long enough and this tomorrow remains an elusive business.

“It is my opinion that the young people be given the opportunity to serve in leadership positions especially by this government because of the role they played in ensuring victory during the last election. Yet the young people are clouded, therefore the imbalance needs to be corrected.

“In order to build next generation of leaders, we must invest in the young people, the government must give support and ensure participation of young people in politics and government, and every effort must be made to ensure they become better citizens.

“But in most cases the youths of Nigeria are usually used and dumped by politicians. Most especially during elections after getting into office they rarely have something for the young people. When in the real sense they constitute the majority of the voters with about 60 percent of the total voting population.

“It’s therefore pertinent for the youths of Nigeria to come together to address this problem.

“It is regrettable that with the population of about 70 million people, the youth constitute a powerful voting bloc in election, but they are however missing from political space active players, but active spectators. As indicated by the hype of activity in social media”, he said.

The Minister of Youth and Sports, Mr Solomon Dalong, represented by his Chief of Staff, John Pofi, urged the youth to be more creative and embrace peace.

The minister called on the youth to maintain peace, be more creative and engage in positive criticisms to ensure the government succeeds.

“Put your hands on deck, contribute your quota instead of engaging in militancy, terrorism and come up with a policy to drive the country forward”, he said.

Delivering a paper at the event, the National Auditor of APC, Chief George Moghalu, admitted that his generation had failed the youth.

“My generation has in many ways failed to do the right thing, we forgot that society is a continuum and the decisions we take each day affect not only those of us living, but generations that come after us.

“For all these and more, I apologise from the bottom of my heart. We say of many things that they cannot be forgiven but it is from forgiveness that we can forget the sins of the past”.

Moghalu, however, pointed out that the Nigerian youth was unprepared to take up leadership positions.

“I must also confess that I am worried about certain things. I am disturbed by the knowledge that as there are many of you here gathered, there are many more others who are at this very moment being subjected to the dangerous manipulations of religious extremists, of mercantile politicians and purposeless agitators.

“I am disturbed by the fact that as eager as many of you are to be agents of positive change and irreversible progress in a tumultuous world, you are also in many ways woefully unprepared for the challenges of leadership, the tests of character that will confront you as you step forward to inherit the mantle of leadership that must inevitably pass from one generation to another”, he said.

National chairman of the APC, Chief John Odigie-Oyegun who declared the event open earlier stated that the youth should change their mind sets.

Represented by the party’s Director of Administration, Alhaji Abdullahi Gashua, the chairman said “The role of the youth cannot be in isolation but should be a synergy. It is not about seeking appointments but a change of mindset. How the youth tap from their experience is important.

“Come out with a blueprint with meaningful suggestions, views to reposition the party to maintain, sustain the goodwill the party enjoys”, he said.