A couple whose baby daughter died after they starved her to death due to their their religious beliefs, have been jailed, West Midlands, England, UK.

Brian Kandare, 29, and Precious Kandare, 37, were parishioners of the Apostolic Church of God which had strict views on modern medical care. And their implicit faith has led to their 8-month-old daughter death a year ago. 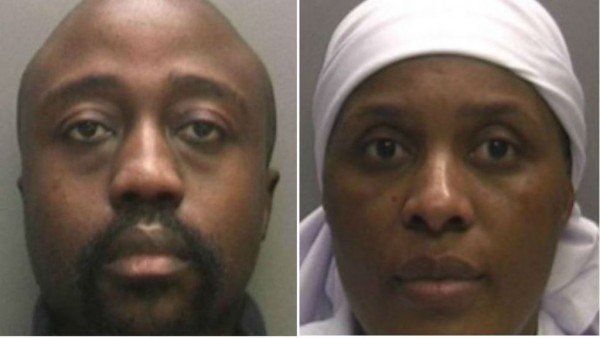 Rebecca died from severe malnutrition and pneumonia as her religious parents left a sick girl in the midwife’s care at the church. The duo believed that the woman’s ‘supernatural healing powers’ would save her. Three days later she died at hospital.

According to doctors, Rebecca has one of the worst cases of rickets they have ever seen and weighed the same as a three-month-old baby. They also didn’t find any trace of food or milk in her stomach.

Prosecuting, Jonas Hankin QC said:“Her illness was treatable and her death was preventable. It is highly unlikely that Rebecca would have died if she has been presented for medical care more than 24 hours before she collapsed. In prioritising their religion over their daughter’s welfare, in breach of their duty to care for her, the defendants are guilty of the most serious abuse of trust.”

Members of the 20-string congregation were encouraged to speak to the church’s midwife about medical problems before visiting the hospital or doctors. If they visited a doctor without permission, members could be excluded from certain church activities.

Her parents repeatedly refused the help offered to them from the National Health Service (NHS) pinning their hopes on ‘faith healing, ritual and the power of prayer’. Brian Kandare was jailed for nine and half years while his wife Precious was imprisoned for eight years.