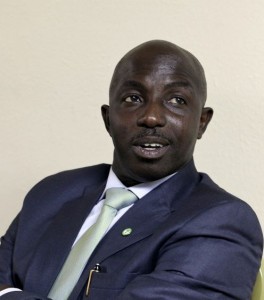 Former Super Eagles player now coach of the national U-23 football team, Samson Siasia has received news that his mother Madame Ogere Siasia has been kidnapped in Bayelsa.

His mum was reportedly abducted at her house in Odoni community of Sagama Local Council Area of Bayelsa State earlier today 17th November,2015.

According to reliable reports, Madame Ogere Siasia had her house stormed by the kidnappers that took her away on a motorcycle.

ASP Ansinim Butswat, who is the Bayelsa state police command’s spokesperson, has confirmed the kidnap and assured that the force is on top of the matter.