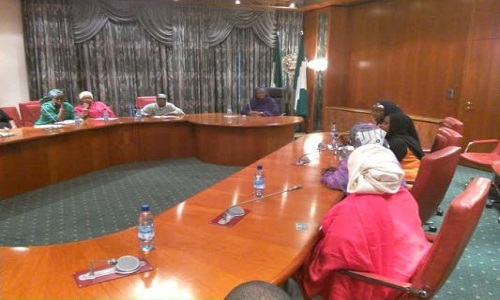 The wife of the president, Mrs Aisha Muhammadu Buhari, on Wednesday expressed concern over the recent reports of alleged sexual abuse of minors in a Boys’ school in Kano.

Mrs. Buhari, made her concerns known when she received a group of concerned women and parents of some of the victims at the Presidential Villa, Abuja.

According to a statement signed by Zakari yau Nadabo, director of media in the Presidential Villa, the wife of the president promised to take all appropriate actions even as she acknowledged the steps being taken by the Kano State Government in addressing the problem.

She also commended the concerned mothers for taking a bold step in coming out to petition such immoral tendencies in the society.