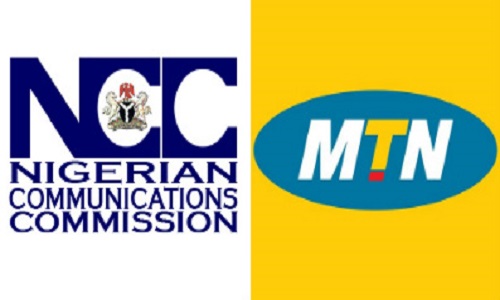 Indications emerged on Wednesday that the Nigerian Communications Commission may be asked to reduce the N1.04 trillion fine imposed on MTN Nigeria over non-compliance in the deactivation of improper registered SIM cards.

This is sequel to the receipt of a letter from the telecommunications company to the NCC on Tuesday, apologizing for wrong doing and pleading for leniency.

An impeccable source at the NCC, who spoke to Vanguard on condition of anonymity, confirmed that the commission was in receipt of MTN’s apology letter, however, he said the power to decide what is to be done at the moment was beyond its control.

According to the source, “I can confirm that the commission has received an official letter from MTN admitting its guilt and pleading for leniency. However, the power to grant the leniency is no longer entirely on NCC’s hands but that of the presidency. But there are also indications that the Federal Government may ask us to reduce the fine to an appreciable level”.

“If MTN had complied with several directives by the NCC it wouldn’t have been in this mess but I hope they learn their lessons from this. Nigeria is its biggest market. It was surprising that they didn’t anticipate that if things get wrong here, it could affect their other markets. Now, it is alleged that it has lost more than $2.7b from people migrating from its shares to others since this incident. It’s a lesson they should not allow to recur”, he added.