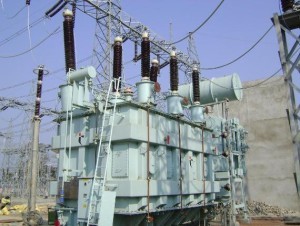 Vice President, Yemi Osinbajo on Monday stated that the federal government was working on providing alternative energy sources through a mix of renewable and nuclear energy to improve power generation in the country.

He also disclosed that in addition to the existing mix of hydro and thermal sources of power generation, there were efforts to equally utilize other sources of energy including the solar option.

“The long and short of it is that we definitely need a mix of energy choices because in the next decade such a mix will be imperative,” Osinbajo said while receiving a delegation of the Nigeria Atomic Energy Commission led by its Director-General, Dr. Erepamo Osaisai who came to present a report on the Implementation of Nuclear Power Programme for Nigeria, conducted in partnership with the International Atomic Energy Agency (IAEA) in Abuja.

Earlier at the meeting, Dr. Dohee Hann, the Director, Nuclear Power at the International Atomic Energy Agency informed the Vice President that Nigeria as Africa’s leading economy needed to consider nuclear energy for electricity to address the power deficit.

Also, the leader of the delegation, Dr. Osaisai, disclosed that the presentation of the report to the Vice President was an important stage in the process, emphasizing that the report had articulated how the nation can meet the infrastructural need for nuclear power programme for the country.