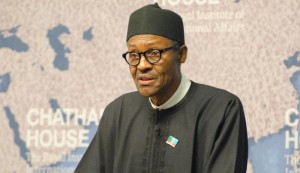 In his style since he became Nigeria’s leader, President Muhammadu Buhari made another revelation while in Iran; he said looters have begun to return stolen funds. However, there is no figure on such funds just yet.

According to the Minister of Finance, Mrs. Kemi Adeosun, who spoke with journalists at yesterday’s Federation Accounts Allocation Committee (FAAC) meeting in Abuja, the process is still ongoing.

Adeosun said when collated, the funds would be returned to where they were stolen from as appropriate.

“There is no figure on the funds being returned yet. The process is on-going. When it is completed and the accounts are available, they would be returned to where they were stolen from. We haven’t come to that yet,” she said.

At the FAAC meeting, yesterday, the sum of N400.310 billion was shared among the three tiers of government as revenue earned in the month of October, meant for November expenditure. It represents a N78.314 billion increase above the N321.996 shared the previous month.

The federal government took a total of N200.662 billion from both federation Account and Proceeds of Value Added Tax, VAT. States and Local Governments received N126.177 billion and N95.303 billion respectively. The oil producing states got an additional N24.141 billion as derivation on oil revenue.

The revenue organizations, namely the Federal Inland Revenue Service, Nigeria Customs Service and the Department of Petroleum Resources, DPR were paid , N6.650 billion, N3.535 billion, and N1.531 billion, respectively, as cost of collection. An analysis of the revenue sources showed that the Non-Mineral revenue has surpassed earnings from the Mineral sector with the former accounting for N213. 080 billion to the latter’s N187.230 billion of what was shared.