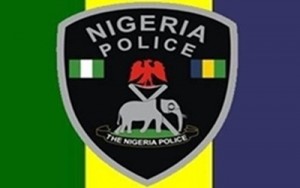 The suspects (names withheld) were alleged to have been involved in series of robbery operations at Ajebamidele-Atogun road in Oyo State, Vanguard reports.

Asked why he took to breaking into female hostels, the 400-level student of the Department of Transport, said he only stole laptops and other items. He fingered two other suspects paraded with him as buyers of the items he stole.

About the gun found in his possession, Vanguard quoted the student to have said: “The toy gun does not belong to me. It was left behind by my sister, who was staying with me. Some people come to my room to play game and they use the toy.”

Share
Facebook
Twitter
WhatsApp
Previous articleThose Who Want Kogi To Remain United Will Not Vote Audu, An Agent Of Divisiveness – Wada’s Aide
Next articleTinubu Praises El-Rufai As He Flags Off New Cab Scheme In Kaduna
- Advertisement -

A video showing another fire incident at the very popular wholesale market area of Lagos, Balogun, has been captured. It was earlier in November of...
Read more
- Advertisement -