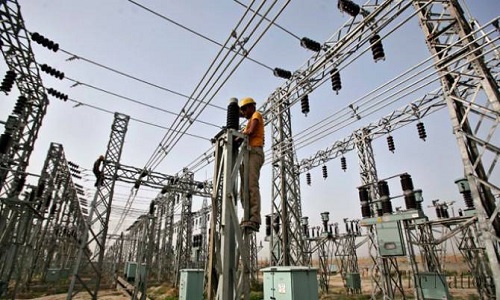 The Transmission Company of Nigeria (TCN) said vandalism of the tower number 62, along Okpai-Onitsha 330kV double circuit transmission line, had reduced the power generation by 480MW.

This is contained in a statement signed by the management of TCN and sent to News Agency of Nigeria (NAN) on Tuesday in Abuja.

According to the statement, the incident took place at Asaba Uchi, Ndokwa East Local Government and had resulted in the reduction of available power to the national grid by about 480MW.

The statement stated that the construction of a new tower would cost TCN millions of naira which it would have used to build more tower lines.

It stated that the transmission line was used to evacuate power from the Okpai Power Station in Delta to other areas.

The statement stated that on Nov. 10, the Okpai – Onitsha 330KV transmission line tripped and the fault was traced to tower No 62, which was found to have been vandalised.

It added that the vandals cut the two of the four legs of the transmission tower which made it to hang dangerously.

It said that the cutting was a threat to transmission grid integrity, adding that total collapse of the tower would bring down other towers along the transmission line route.

The statement stated that TCN’s engineers responded to the incident and mobilised an engineering firm to fix the tower temporarily to avoid total collapse.

It said that TCN would soon energise one of the circuits on the tower to enable it to recommence partial power evacuation from the Okapi Power Station to the national grid.

The statement stated that energising the circuit would be completed within two weeks, adding that TCN would construct new tower to replace the vandalised one.

However the statement said that due to the swampy site, TCN could only start construction in the dry season when vehicular access was possible.

The management of TCN reassured its customers that it would continue to work towards a robust transmission grid in the country.

TCN also appealed to its host communities to cooperate in fighting the activities of vandals in Nigeria. (NAN).