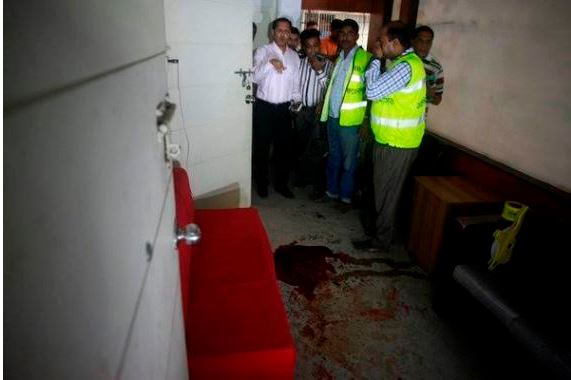 The 43-year-old chief of the Jagriti Prokashoni publishing house published books by Avijit Roy, a US citizen of Bangladeshi origin who was murdered in the same way in February. The body of Arefin was found inside his office. The perpetrators, who pretended to be customers, had locked the office before carrying out the attack, police said. 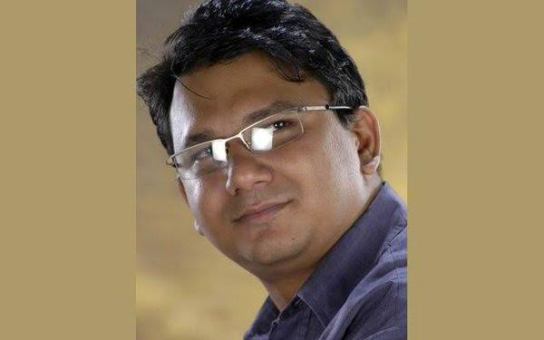 Arefin’s father, Abul Kashem Fazlul Haq, a noted intellectual and writer, said:
“I rushed to his office at Aziz Market and broke the padlock, and I saw him lying upside down in a massive pool of blood. They slaughtered his neck.”
Jamaluddin Mir, a police officer, revealed that at least seven other people were trapped inside the office when the attack was carried out.
“The criminals introduced themselves as customers who were buying books and entered the publishing house,” he said, adding that an investigation to identify the attackers was under way.
The publisher had filed a complaint with police after being threatened with death in a posting on Facebook following the attack on Roy.
Abbas Faiz, Bangladesh Researcher at Amnesty International, said:
“The situation is becoming increasingly dangerous for those brave enough to speak their own minds. The latest heinous criminal attacks are a deliberate assault against freedom of expression in the country. Given the horrific pattern of violence, we have reason to believe many other lives are now at risk.”