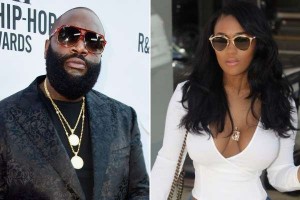 Most of you would have heard about the break-up between Rick Ross and his ex-fiance Lira Galore.

The engagement was called off and Rick Ross was quick to demand for his engagement ring.

Latest reports say the Mayback Music Record boss has taken back his $350,000 ring two days after the couple called off their engagement on November 1, barely 2 months after making the commitment.

Meanwhile, Galore posted a picture on her Instagram on Monday [November 2] of her wearing the 11 carat rock … just a day after they broke up; but according to TMZ, the photo was an old pic, and Rick has the ring firmly in his possession now.

Close sources say the couple broke off the engagement at Rick’s home and when Lira left she was not wearing the ring.

It’s still unclear under which condition did the ring leave her finger for his hand. But if Lira wanted to keep the ring, it was a losing battle.

TMZ reports that in Georgia, an engagement ring is a “gift in contemplation of marriage” … meaning if the couple doesn’t get hitched, the guy gets it back.