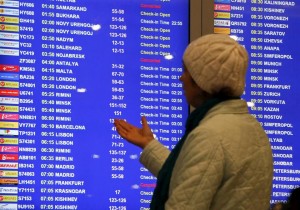 Russian President Vladimir Putin has agreed to suspend all Russian flights to Egypt after a recommendation by his chief of intelligence for a halt until the cause of the crash of a passenger jet in the Sinai Peninsula is determined.

Friday’s suspension came after several days of statements by British and American officials that it was possible a bomb on board had brought down the Russian carrier, Metrojet’s Airbus A321-200, which crashed 23 minutes after takeoff from the Sinai resort of Sharm el-Sheikh.

There are around 45,000 Russian tourists in Egypt.

The crash on Saturday killed all 224 people on board. Russian and Egyptian officials had bristled at the statements, saying it was too soon to determine the cause. The suspension, covering all of Egypt, is even more sweeping than that imposed by Britain, which had halted flights to Sharm el-Sheikh only.

“I think it will be reasonable to suspend all Russian flights to Egypt until we determine the real reasons of what happened,” Intelligence Chief Alexander Bortnikov said in televised comments. “It concerns tourist flights most of all.” Russia’s emergency situations minister, Vladimir Puchkov, said wreckage from the plane has been brought to Moscow for tests.