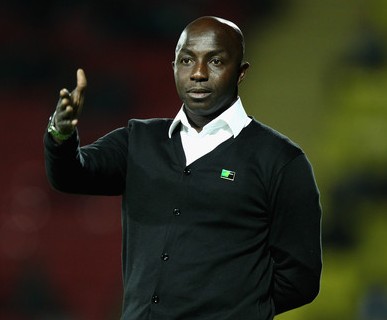 The menace of kidnapping has reared its ugly head in Sagbama Local Government Area of Bayelsa State with the abduction of Madam Ogere Siasia, mother of former Super Eagles coach and current coach of the U-23 national football team, Samson Siasia.

Eyewitnesses say Madam Siasia was forcefully taken by the armed kidnappers from her home in Odoni Community of Sagbama LGA, early hours of today.

The kidnappers reportedly entered her home and dragged her out where they put her on a waiting motorcycle and sped-off, without resistance from any quarters.

The Bayelsa State Police Command’s spokesperson, ASP Ansinim Butswat, who confirmed the incident, said everything is being done to ensure Madam Siasia’s safe rescue from her abductors.