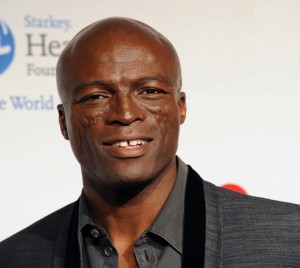 In a recent interview with Details, the famous British singer was asked to guess the number of babies that have been conceived to his music, he replied, “I would hope lots. After all, that’s what it’s for.”

Seal, 52, who’s allegedly expecting a child with his girlfriend, an Australian model Erica Parker, said he’s stunned by the fact that people still want him to be a father again.

“Ah, you’ve read the rumors!” he replies. “I’m going to be annoying and say if you read it in a magazine … The fact that people are even remotely interested in if I’m becoming a father again is ridiculous.”

Asked if his latest song ‘The Big Love Has Died’ is about what it sounds like it’s about the end of his seven-year marriage to Heidi Klum, he keeps it vague, saying: “I wouldn’t say that. I never explain songs, because I think that takes something from them. I want listeners to attach their own, personal experiences.”

“I always think if people are vaguely interested in what goes on in my life, they can listen and form their own opinions,” he says.“I always loved Joni Mitchell’s storytelling. Was it autobiographical? It must have been, but I never felt that way. I felt that she was singing to me about my life and that she just understood.”