Home News Feed You Need To SEE What An IDP Woman Does To Survive With...
Facebook
Twitter
WhatsApp

The Internal Displacement Monitoring Centre’s report on Nigeria shows that as at April, 2015, 1.5 million Nigerians have been displaced internally due to conflict. 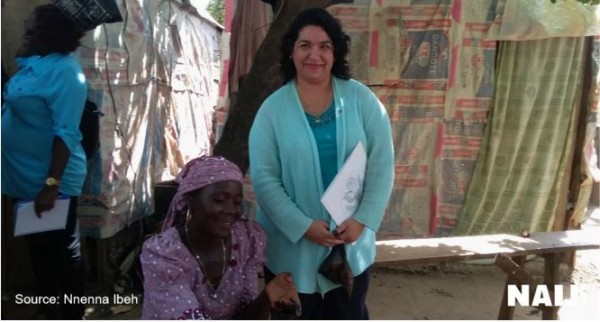 The report also shows that there are about 17,735 refugees from Nigeria who have taken refuge in neighbouring countries.

Among some of these displaced persons is a 34-year old woman, Ladi Mathias.

Ladi, a native of Gwoshe in Borno state fled her home with her husband and seven children after several Boko Haram attack in her community.

Having spent a few months at the camp, she realised she and her family could hardly survive without a stable earning.

But luckily for Ladi, with the help of a United States Agency for International Development programme, USAID-Market II she began frying bean cake, locally called “akara” or Kose”.

And with the earnings from her sales, Ladi can now feed her family and send her children to school.

However, in her little achievement, Ladi told Naij.com that she could not wait to go back to Borno.

“I don’t want much from the government, all I desire is the rehabilitation of my village by the Nigerian government,” Ladi said in Hausa Language.

Speaking at the camp, the deputy chief of mission of the US embassy, Maria Brewer said the US is always ready to help Nigerians overcome the pressure caused by insurgency in the country. 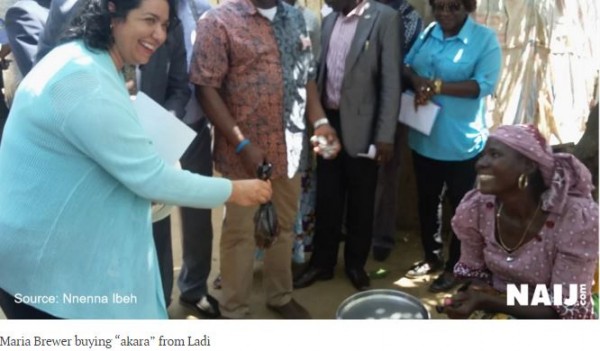 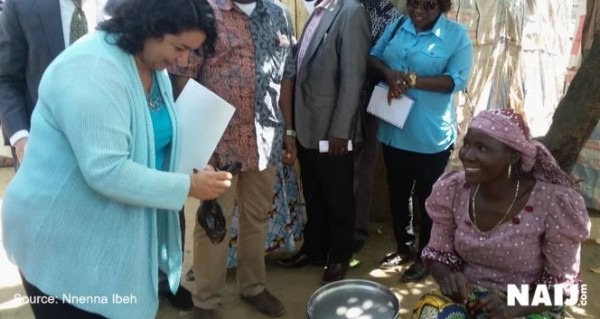 She said: “The US mission to Nigeria, including ambassador Entwistle himself has visited camps in the Northeast where Boko Haram has been carrying out its reign of terror. And whether it’s in Abuja or Adamawa, there is no question that the insurgency has dramatically affected the lives of millions of Nigerians.”

“For this reason, we have created several different programs to assist the government of Nigeria in providing relief to those most affected by the insurgency – to those forced to relocate, to those who have lost family and friends, to those who have nearly lost everything they once had,” Brewer said.

Brewer said the training at all levels includes supporting a large development effort to help Nigeria become the strong and competitive country and economy it deserves to be.

“Here in this settlement, USAID’s micro-enterprise training is teaching the basics of handling money and running a profitable business so that you can better support your families,” she said.

Also, Aisha Ali, a household economic strengthening specialist of the USAID-Markets II told Naij.com that Ladi is one out of over 60 women, 200 youths and 100 adult male have been trained through the program.

She said: “We are teaching them how to start and run businesses with as little as N200. You have made them understand that you do not have to own millions to start a business of your choice; all you need is commitment, learning how to save and the use of your immediate resources for profitable business.”

Since the attacks by the terrorist group – Boko Haram – in the North Eastern part of Nigeria, many have fled their villages into cities like Abuja, Benin, Lagos among others.

The Nigerian army have also repeatedly promised to clear insurgency from the region, following a deadline given by the the President Muhammdu Buhari that the insurgency must end by December 2015.