Samson Siasia, the head coach of the nation’s Under 23 team has disclosed that his mother’s abductors are still insisting on N150 million naira as ransom. 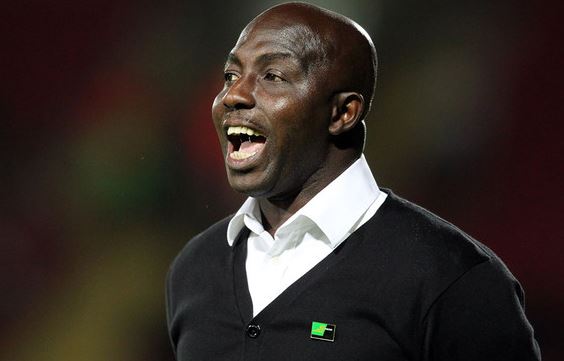 Siasia’s mother, madam Ogere siasia was kidnapped by three unidentified gunmen who stormed her home in Bayelsa State, on a motorbike.

Siasia said, his family was still negotiating his mother’s release but decried both the Bayelsa state and Federal government’s nonchalant attitude towards securing her mother’s release.

According to the Dream Team VI coach, neither the state government nor the National Sports commission led by the new minister of sports, Solomon Dalong and the Director General of NSC, Mallam Al-Hassan Yakmut has called him or any of his family member to sympathize with them in this trying moment.

The coach who could not hide his emotions expressed his sadness over the development. According to him, the only thing he could do is to pray that God touches the heart of the kidnappers to free his mum.