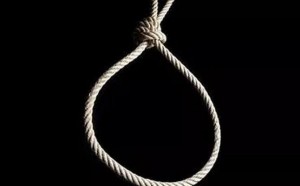 Distraught after being declared failed in his favourite subject, a 17-year-old electronics engineering student had committed suicide but four months on a re-evaluation has found that he not only passed the subject but topped his class. The “callous” evaluation process has left the parents of Mohammad Adnan Hilal numbed, who feel that it is not a case of suicide but “murder” as their son actually secured 48 marks in Physics and not 28 as declared earlier.

With the re-evaluation, Hilal, a first semester student of electronic engineering at Government Polytechnic College here, secured around 70 per cent aggregate marks in the first semester of the course, making him the class topper. However, it took authorities four long months to realise Hilal’s correct score. In Jammu and Kashmir, 33 out of 100 is the minimum marks required to pass an examination. Declared failed in Physics, a subject his family and friends claim he had mastery over, Adnan committed suicide in June soon after he checked his results on Internet. He jumped into River Jhelum and his body was fished out four days later.

Adnan’s father, Hilal Ahmad Gilkar says his son’s death was not a suicide but a ‘murder’ as he was forced to take the extreme step by the callousness of some people in the system. “It is a murder and people responsible for it need to be identified and acted against as per the service rules of the government,” said Gilkar as tears rolled down his eyes. Shattered by the loss of his son, Gilkar, recalls how his son had told him that he had answered all the questions in the Physics paper with ease. “When Adnan returned in the evening on the day of his examination, he informed me that he did well in his exam.

“He told me there was no continuation sheet at the examination center so he had to write the rest of the answers on another answer sheet. He was confident that he had done well,” Gilkar, a guest faculty at Institute of Management and Public Administration (IMPA) here, said. After the death of his son, Gilkar applied for re-evaluation of his son’s Physics answer paper and was pushed further into grief as Adnan was declared pass in the paper. The Jammu and Kashmir State Board of Technical Education (JKSBOTE), while admitting it as a “mistake”, said, “Such things happen in other universities as well”.