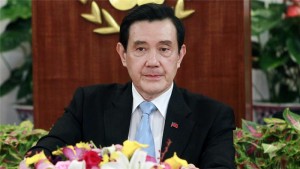 Taiwan President Ma Ying-jeou says his upcoming meeting with President Xi Jinping was about further normalising ties with China and had nothing to do with the democratic island’s elections in January. His discussions with Xi could help reduce hostilities in the short term, Ma said on Thursday, adding he hoped future leaders of Taiwan would be able to hold such meetings.

“This meeting is for the Republic of China’s (Taiwan’s) future, the future of cross-strait ties,” Ma said in his first public remarks since the surprise news was announced at midnight on Tuesday. “This is not about an election, but is based on the consideration of the happiness of the next generation.”

Ma was speaking at a news conference ahead of the talks in Singapore scheduled on Saturday with Chinese President Xi Jinping, the first such meeting of the two political rivals since the Chinese civil war ended in 1949. It coincides with rising anti-China sentiment in Taiwan ahead of presidential and parliamentary polls in January, at which Ma’s Kuomintang party is likely to lose to the Democratic Progressive Party, which traditionally favours independence from China.

The Taiwan president also said that he would bring up the issue of the South China Sea in an upcoming meeting with Chinese President Xi Jinping.