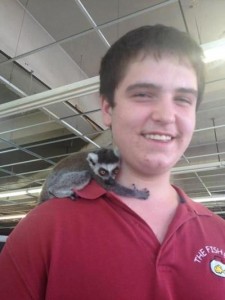 One Texas teenager who spent most of his life caring for animals was bitten several times by his pet venomous snake, an incident that investigators ruled was a suicide, according to the Daily Mail. Grant Thompson was only 18 years old. He worked at his parents’ pet store and had a lifelong fascination with animals. Unfortunately, the teenager also had a fascination with death, according to the New York Daily News. Thompson reportedly has a “history of suicidal ideation.” Investigators believe it was that suicidal tendency that lead Thompson to allow his pet monocled cobra, a venomous snake, to bite him several times, leading to his death.

He was found inside a vehicle just outside of a home improvement store. The autopsy report revealed he had suffered cardiac arrest in the vehicle and had multiple bites along his arms with no evidence that he had struggled or tried to pull away, according to the Statesman. There’s also the chilling message that he left on Facebook saying “I’m sorry.”

In the vehicle, Thompson was also surrounded by a slew of other animals that were not venomous. The cobra, however, was missing for about two days and was supposedly found dead in the road, covered with ants. Thompson’s mother, Seleese Thompson-Mann, said that her son was a compassionate young man who truly cared about animals. “He couldn’t watch anything suffer or hurt,” she said.