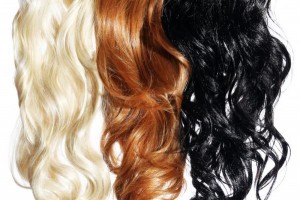 Thousands of dollars worth of hair extensions were stolen from a Miami shop. When 4U Hair Unlimited stylist Vanessa Munoz found out the stolen brand of hair was “Remi Hair,” she said she was not surprised. UPI reports:

“It’s like one of the best human brands of hair they have,” Munoz told CBS Miami. The thieves went through a lot of trouble for this high-end hair heist. They cut through a fence, broke through three locks on the fence and a big chain. They went through the electrical room to get in after shattering the back window of the business, only to be stopped by burglar bars. They cut a hole in the wall and crawled in right above a refrigerator, the owner explained.

This isn’t the first hair heist to hit Miami. In May, four people — three young men and one young woman — robbed Discount Beauty Supply in North Miami and stole thousands of dollars worth of hair extensions. This kind of robbery isn’t exclusive to Miami. Thousands in hair extensions were stolen from a beauty store in Houston last year at a shop called Beauty Sensation. Eight thieves were thought to be involved, according to KHOU 11 News in Houston.

Last year, in Chicago, thieves stole $50,000 worth of hair from Oak Lawn Beauty Supply. Again, it wasn’t one person committing the crime, it was an organized heist of nine thieves. “If it was a one person thing you would think, OK he needs some money, he broke in. But this was organized. That’s what makes this scary,” beauty store owner Al Salman told abc7Chicago.