Home Politics Those Who Want Kogi To Remain United Will Not Vote Audu, An...
Facebook
Twitter
WhatsApp 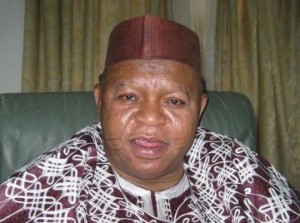 Kogi State Governor Idris Wada and candidate of the People’s Democratic Party (PDP) in the November 21 governorship election in the state, has warned that a vote for the All Progressives Congress (APC) candidate, Abubakar Audu will be a vote for divisiveness and ethnic jingoism which will not augur well for the unity of Kogi people.

In a statement issued by Governor Wada’s Chief Communications Manager, Mr Phrank Shaibu, the governor said in the history of Kogi State, nobody has championed ethnicity and other primordial sentiments as much as ex-governor Audu did during his four-year reign between 1999 and 2003.

“Voting the candidate of APC as governor poses a great risk to the unity of Kogi state and going by his recent statement in Kabba few weeks ago where he asked APC members to attack any PDP hoodlum during the elections shows a window into Audu’s innermost mind.

“Add this to his dark past that was characterised by acid attack on journalists and politicians, one begins to wonder whether a man with such a provincial world view can successfully lead a complex, multi-ethnic, multi-religious and multi-lingual state like Kogi State,” Shaibu said.

“What Audu did by his statement in Kabba was to incite APC supporters against supporters of the PDP, thereby causing disaffection in a state where people of all ethnic groups have been living together in harmony for years. Had the APC candidate allowed history to be his guide, he would have known that the state has always voted for the PDP since they voted him out in 2003 and will continue to do so.

“Our party, the PDP has never provided social amenities and other dividends of democracy on the basis of affiliation to a thug group, political party or ethnic considerations because we know that Kogi State is a melting pot of sorts, where people of different ethnic groups and political tendencies have tended to melt into an harmonious whole. This is the state that ex-governor Audu is seeking to divide,” Shaibu said.