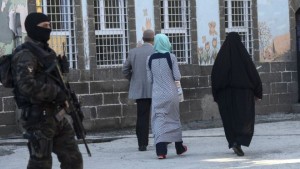 Turkish police have arrested 20 people suspected of links to the Islamic State group in Antalya a week before the city hosts a G20 summit, reports say. US President Barack Obama will be among the world leaders arriving in city on Turkey’s southern coast for the summit on 15-16 November.

Two of the suspects arrested on Friday are said to be Russian. Turkey has stepped up operations against IS militants following a string of deadly bombings. Anti-terror police carried out simultaneous raids in three districts of Antalya early on Friday, local media said.

Officers reportedly seized “digital materials” during the operation. Violence has escalated in Turkey since a suicide bombing in July by suspected IS militants.