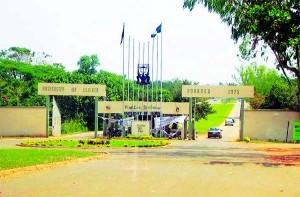 A 200 level student of the University of Ilorin, Onikenku Michael Atunde, is missing.

Atunde, who was said to have gone for swimming in the university since last Saturday is yet to return to the hostel.

According to Vanguard, members of the Kwara state Fire Service and National Emergency Management Agency have been deployed to search for the student but they have not recorded success.

The student, Onikenku Michael Atunde of the department of Science Education and a member of Man O’ war, was said to have gone missing since Saturday when he reportedly went for swimming.

Spokesperson of the university, Kunle Akogun in a statement said “a member of the man’o war club was reported to have been calling for assistance in the river flowing behind the Parks and Garden Unit early Saturday.

“It is feared that the student might have been drowned at the university’s dam site.,” the statement read.