Home News Feed What A Female Doctor Did To Her 16-Yr-Old Houseboy In Ebonyi Will...
Facebook
Twitter
WhatsApp

A doctor at Federal Teaching Hospital, Abakaliki, Jane-Glad Ugba has been arrested for allegedly pouring boiling cooking water on a 16-year-old boy. 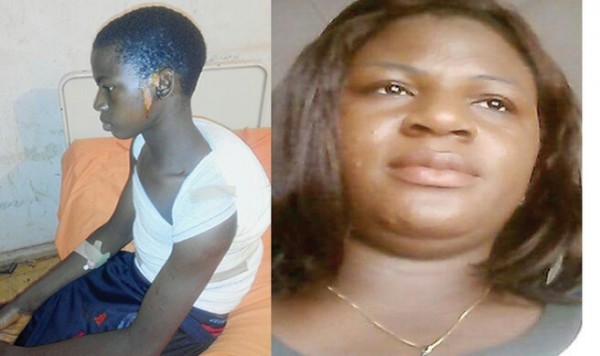 The boy, Nwanga Chidiebere, is a JSS 3 student of Presco secondary school, Abakaliki, who lives with the doctor.

It was reported that the eldest son of the doctor had left the house door wide open but Chidiebere was wrongly accused of the offence. While he was being punished, the doctor accused him additionally of burning the yam he was asked to cook.

To punish him, Ugba was said to have emptied the cooked yam and hot water on Chidiebere’s back, chasing him out of the house. He slept in a church overnight and in the morning, while roaming the streets, a female member of the Nigeria Security and Civil Defence Corps (NSCDC) found him and took him to the hospital.

It was when Ugba resumed work that she saw the boy on admission at the Plastic Surgery Department of the hospital. The state police spokesman, ASP George Onuorah, confirmed the incident and disclosed that Ugba had been arrested and arraigned in court.

Meanwhile, a young man who pretended to be a woman and worked as a housemaid for eight months has been arrested recently. He managed to gull his employees for more than half a year, pretending to be a woman.