Residents of Okeho and Iganna communities in Iwajowa Local Government Area, Oyo State, may now sleep with their eyes closed following the arrest of some Fulani men suspected to be members of a notorious kidnapping and armed robbery syndicate that has been terrorising the entire local government for a long time. 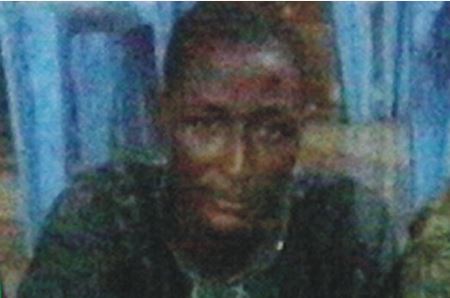 According to a police source, the suspects were arrested after several reports of armed robbery and kidnapping of notable figures by the hoodlums who were said to be armed with high calibre rifles.

The situation was said to have forced the Inspector General of Police, Solomon Arase, to deploying his newly designed elite operatives of Special Intelligence Team (SIT) to Oyo State, to track and apprehend the culprits.

The reliable source also revealed that the residents of the aforementioned communities, which are border towns between Nigeria and Republic of Benin, had been living in fear over the criminal activities of the hoodlums, some of whom were said to be children of some rich Fulani herdsmen resident in the community.

It was further revealed that most of the victims of the hoodlums were rich cattle traders residing in Iwajowa Local Government Area as well as traders who ply the route for business in neighbouring Benin Republic. The activities of the hoodlums were said to have reached an alarming height as the state’s security apparatus could not check their activities.

Sources at Force Headquarters Abuja, disclosed that the SIT operatives, on arriving Okeho and Iganna communities, went undercover for two weeks gathering intelligence from locals before swooping on five members of the gang identified as Abdullahi Mohammed, 35; Abubakar Abubakar 28; Damanya Gambo 30; Usman Idris and Usman Saidu 30. Also arrested was a 30-year-old member, Hassan Maikudi, who led the gang in kidnapping his father over whom a ransom of N1.5 million was paid before he was released.

Others were said to have fled into the bush as the sum of N200,000 and several amulets were recovered from the suspects.

Although the search for the fleeing suspects continues, some residents have hailed the police for coming to their aid, noting that the activities of the hoodlums could have plunged the community into ethnic crisis as there was suspicion between the Fulani and the Yoruba residents of the communities as to who really was behind the rampant incidents of robbery and kidnapping in the area.

Jimoh Abbas, a native of Okeho, said the Fulani residents were suspecting their Yoruba counterparts because most of the victims were Fulani.

He said: “The Fulani elders in our community thought that those committing most of the boys committing the atrocities were Yoruba. Whenever we went close to them, they would be looking at us with suspicion. Meanwhile, were also suspecting the Fulani boys because we have been observing how they were spending money around the area. We knew that they could not justify the kind of lavish lifestyle they were living and tension was building seriously. But all thanks go to God that the policemen from Abuja have solved the problem.”

In his own defence, one of the suspects, Mohammad Abudlahi, a Fulani from Kwara State, who claims to be a graduate of Mathematics with two wives and three children, said it was poverty that led him into crime.

He said that after graduating from the university, he managed to secure a teaching job where he earned just N15‎, 000 monthly, which he said was too poor for him.

He said: “Before I was arrested, I was a teacher. I quit my job because I wanted to join the Nigerian Army. I applied but I wasn’t admitted.

“I taught Physics and Mathematics and earned N15, 000 monthly. I was very popular among most residents of the area, especially the people of my tribe. I grew up in that area with my parents and siblings. I was also staying there with my wives and children.

“Most of my friends who knew I was well educated knew that I was not making enough money from my job. A few months ago, two of them, Damanya and Abubakar, approached me with an idea. They said that since I was highly respected and well known in the community, I could always make good money for myself by giving them information about rich people residing in the community.

“I asked what they needed to do with such information and they said they would either rob or kidnap such persons. I told them that I could not do so because my eyes are very bad and I could barely see at night.

“Damanya told me that all they needed was for me to always look out for potential targets and when it is identified, in the case of kidnapping I would be on ground to gather intelligence from relatives of the victims.

“In other cases, he said, I would have to tell and give them information on persons they wanted to rob.

“We did a couple of jobs. I gave them information when they wanted to rob a cattle rearer after he had sold some cattle. I informed them when the man came home and I followed him secretly until he mounted a motorcycle. I gave them the information and by evening the news went round that the man had been robbed and the money he made from the sale of his cattle was carted away. From that operation, I got N40, 000.

“There were several other times they blocked the highway leading to the border and robbed traders going for business across the border and dispossessed them of their monies. When they returned, they brought my own share, because they didn’t want me to tell anyone the people who carried out the operation.

“There were several operations we did together and I usually got my share. But last month, they went and kidnapped one Alhaji Maikudi, who is a rich cattle rearer. It was his son, Hassan, who brought the job and I didn’t know his reason.

“Hassan is also my friend, but he works with his father who has a herdsman and they have several cows. He gave the information to Danmayan and they kidnapped his father, took him into the bush and kept him there for one week before a sum of N1.5 million was paid as ransom and he was released.

“During the operation I was in the community monitoring what was happening. I was attending meetings and I took part in planning how we would go and look for Alhaji Maikudi. My father also took part in the search. He was also in the bush looking for ‎ Alhaji.

“Some of my gang members were also with them and they were always relaying information to those keeping Alhaji. On my part, I was always giving them information about any plan that was to be carried out in the community.

“In the end, Hassan ensured that the sum of N1.5 million was paid as ransom after some of his father’s cattle were sold. He got, N700,000 as his own share while Abubakara, Damanya, Saidu and I got N200,000 each. I had barely spent my own money when I was arrested by the police.

I was picked up in a bar, where I had gone to have some drinks. The policemen were also in the bar drinking and I didn’t know that they were policemen. I liked the way they were seated and offered to buy them some drinks. But before I knew what was happening, I was arrested and whisked away.

“I had thought that the policemen were from Ibadan on routine raid, and I threatened to call my lawyer. It was when I got here that I realised that I was in a deep mess. I told the police the role I played and took them to my house and handed over my N200,000 share of the ransom.”

Another suspect, Abubakar Abubakar, also a Fulani from Kwara State, confessed that he received the sum of N80,000 from the gang.

He said: “Whenever they go for an operation, they gave me my share. It was Damanya who would instruct Abdullahi to bring the money to me.

“I am not into the business full time. I have my own business. I sell telephone accessories and everyone within our community knows me very well.

“The only job I played an active role in was the kidnapping of Alhaji Maikudi. It was his son, Hassan, who brought them to Damanya and they did all the preparations.

“Before the man was abducted, Hassan was the one who monitored the road and informed us when his father left the house and headed to the mosque where he was waylaid and abducted.

“I was also part of the search team that went into the bush to look for the man, and I was always sending information to my colleagues who were keeping the man as we were moving.

Hassan Maikudi, who led kidnappers to abduct his father, showed no remorse. He refused answering questions put to him and said he was wrongly accused by his friends.