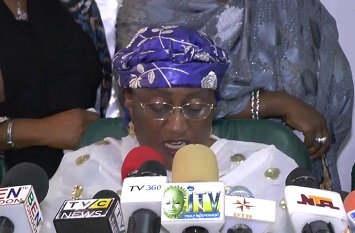 The All Progressives Congress (APC) in Taraba State has said that the violence that greeted the tribunal judgment in Wukari Local Government on Sunday morning was a premeditated action orchestrated by some ‘frustrated politicians’.

The gubernatorial election petitions tribunal had on Saturday sacked Governor Darius Ishaku of the Peoples Democratic Party, PDP, from office and ordered the swearing-in of Senator Aisha Alhassan of the APC as governor of Taraba.

The Taraba APC Chairman, Hassan Jika Ardo, also said the violence after the ruling was meant to trigger a bigger crisis to slur the judgment that was being celebrated nationwide as a victory for justice and rule of law.

“We have information that the masterminds of the violence in Wukari are bent on spreading this violence to other local governments in Taraba State such as Takum, Zing, and Kurmi with the sole intent to create discontent using religion to perpetuate chaos and lawlessness”, Ardo added.

The APC said the judgment was “purely a political situation, which has no gender and sectarian connotations and must be seen by the public as such”.