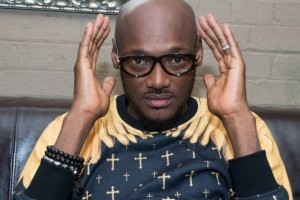 Iconic Nigerian singer, 2face Idibia, has revealed that he is not sure if he is going to have more children.

In a new interview with Encomium, the father of six children from three different mothers says he is not certain if he will be welcoming a new baby in the nearest future.

When asked if he will be having more babies he said “More babies? Well, I don’t know, still calculating” he said.

“My job takes me away most of the time and sometimes I spend only two days in a month in the house, but I try as much as possible to create time for my family, despite my busy schedule. In Africa, you never stop counting babies until you stop, but I’m good, just kidding” he further said.

In the interview, 2 Baba also spoke about how he now handles female fans who want ‘extra attention’ from him now that he is married.
“Some of the ladies just want to express their love for my music and it is being misinterpreted, though sometimes it is actually a case of lust or infatuation, but it’s all about how I handle the situation” 2face said.