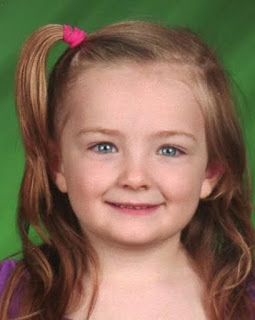 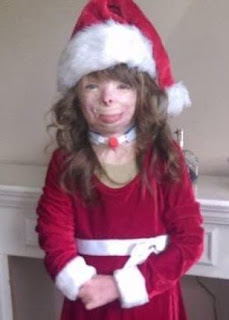 In 2013, Safyre Terry lost her father and three siblings in an arson attack. She survived but only because her father shielded her from the fire with his body. She suffered burns on over 75% of her body. She has had multiple operations, over 50. Three months after the fire, she lost her right hand. And in March, she lost her left foot. Safyre still has problems with her mouth due to the scar tissue tightening up 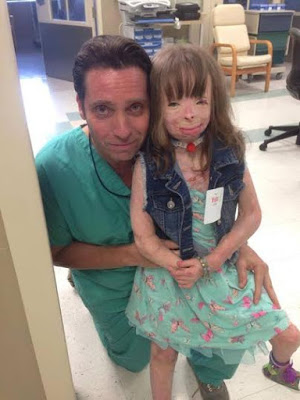 According to Buzzfeed, Safyre is still recovering, but has received the full support of the local community in her hometown of Schenectady, New York. This year her aunt Liz Dolder, who has sole custody of the 8-year-old, bought a tree to hang Christmas cards on. Safyre was excited to fill the tree with cards, but Dolder told her that it was “probably not going to happen” 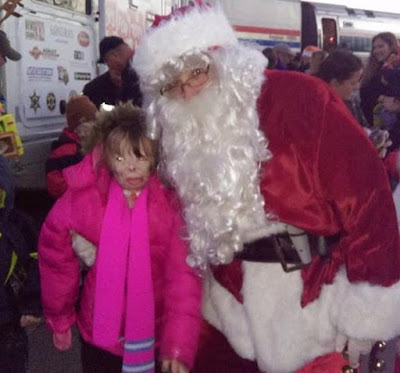 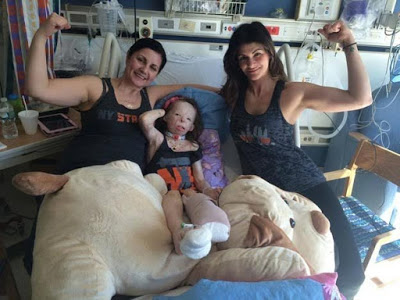 Seeing her disappointment, Dolder posted a request on facebook for people to send Safyre as many Christmas cards as possible. There has been positive response since the initial call few days ago. People as far away as Australia, South Africa, and Scotland have been eager to send cards to Safyre. 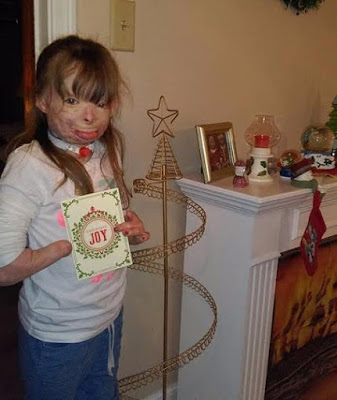