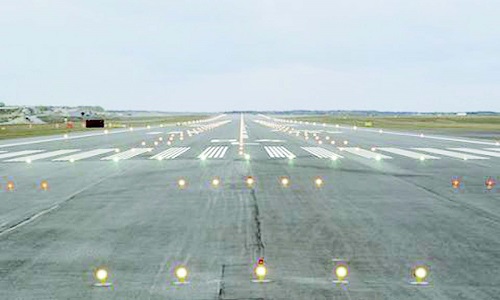 Chairman of the Senate ad-hoc committee on Aviation and former Kano State Governor, Senator Rabiu Musa Kwankwaso, has said the Nnamdi Azikiwe International Airport, Abuja, second runway project will be captured in the 2016 budget so that it can be executed without further delay.

He gave the assurance Tuesday shortly after he led other members of the committee to an oversight inspection of facilities at the Abuja airport, which is the second busiest after the Murtala Muhammed International Airport, Lagos.

Fielding questions from journalists after the inspection, Senator Kwankwaso said the Abuja airport’s second runway project will form part of his ad-hoc committee’s recommendation to the Senate and that it will be included in the budget for 2016.

“So many people are involved in the second runway project especially the executive. Ours is to make our recommendations and make sure it is included in our 2016 budget”, he said.

He added, “We have seen the facilities and we are concerned about some of the things we saw and we will make our recommendations to the Senate. Especially the issues of second runway and the maintenance of our equipment are considered. Maintenance needs to be improved upon, both minor and major ones”.

Commenting on the relevance of the ad-hoc committee, the senator said, “the Senate set up an ad-hoc committee to access the situation in the aviation industry and make some suggestions so that together with other arms of government, we can move the industry forward”.