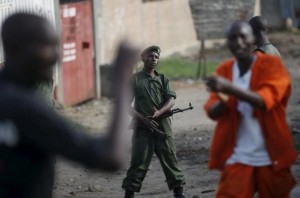 The African Union’s (AU) Peace and Security Council has proposed sending 5,000 peacekeepers to Burundi, invoking a rule which allows it to deploy a force without the consent of Burundi’s leader, said a diplomat who was at an AU meeting on the issue.

Burundi’s presidency, which could not be reached for comment, has previously rejected calls for a peacekeeping mission.

President Pierre Nkurunziza has 96 hours to respond to the AU resolution which was drawn up late on Thursday and likely to be rubber-stamped by the AU Peace and Security Council in coming days.

“We have authorized the deployment of a 5,000-man force for Burundi whose mandate includes the protection of civilians,” a diplomat from a member country of the council told Reuters.