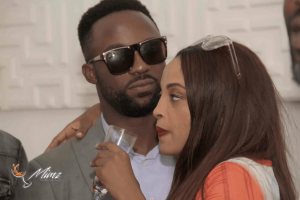 In a new interview with sexy South South pop singer Iyanya. The award winning singer yet again evaded a question about his girlfriend Freda Francis.

The ‘Applaudise’ singer was on The Breakfast Club by DZRPT TV this week and he was directly asked if he is currently dating CEO of Global Orchard Service and Oasis Med Spa, Freda Francis.

Responding to the question Iyanya said “they don’t want to know if I am in a relationship. They want to know when I am dropping my next video, they want to know how I am promoting my album because when you are talking about relationships you are even putting me under pressure” said Iyanya about his fans not wanting to know who is currently dating.
Also in the interview Iyanya denied that he broke up with Ghanaian actress Yvonne Nelson because she was more famous than him.