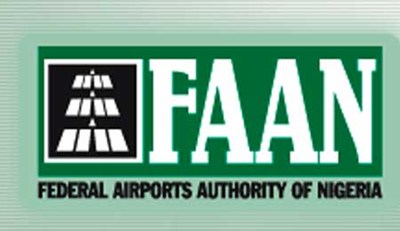 The Minister of Transport, Rotimi Amaechi, on Wednesday directed the management of the Federal Airports Authority of Nigeria to erect an appropriate and befitting headquarters within the Murtala Muhammed International Airport, Lagos for itself.

Mr. Amaechi, accompanied by the Minister of State for Aviation, Hadi Sirika, and some key management staff of the agency, gave the directive at the FAAN’s headquarters.

He gave the order shortly before embarking on a tour of the airport’s facilities.

He said the present FAAN’s headquarters was not a befitting office.

Mr. Amaechi, who expressed his discomfort with what he observed, wondered why FAAN, despite its huge revenue-profile, could not build a befitting office for itself since its establishment.

He said that safety was not negotiable and that it should not be toyed with, adding that after safety, the next thing that should be discussed and uppermost to FAAN should be an appropriate office space.

“From what I have observed, this is not a befitting edifice and office that should house FAAN workers.

“Once we have discussed safety, the next thing should be the construction of new FAAN office”, he said.

Mr. Amaechi warned the aviation agencies against bowing to political pressures no matter how powerful the persons were and no matter where the pressures might be coming from.

He urged them to have the will to withstand such pressures.

The minister had visited the General Aviation Terminal also known as Terminal 1, power house and the international terminal building, currently under construction.