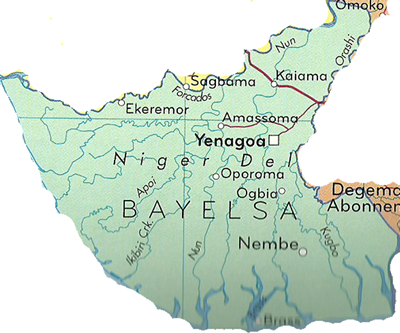 The National leadership of the Peoples Democratic Party (PDP) has raised alarm that the All Progressives Congress, APC and the military have connived to rig the elections in Southern Ijaw Local Government Area of Bayelsa state.

“This rigging is being coordinated by the same Army Major who supervised the killings yesterday. The Major has handed most of the sensitive materials to APC agents to fill and return as results in the evening,” a statement signed by PDP National Publicity Secretary, Chief Olisa Metuh, the PDP said.

“Southern Ijaw Local Government Area is the largest in the state and the APC wants to use this scheme to inflate result figures in favour of their candidate,” the statement said.

Meanwhile, the Sylva/Igiri Campaign Organisation (SICO) has alleged that Governor of Bayelsa State and candidate of the Peoples Democratic Party (PDP) in the Saturday’s governorship election in the state, Mr. Seriake Dickson, Sunday morning, reportedly forced his way into the collation centre of the Independent National Electoral Commission (INEC), in Onopa, Yenagoa LGA.