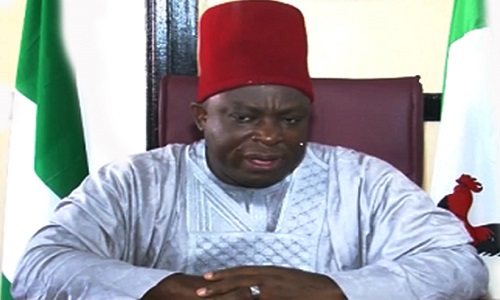 The All Progressives Grand Alliance, APGA, has embarked on intensive mobilization for support for its candidate, Chief Victor Umeh, in the re-run elections for Anambra Central senatorial district scheduled for March 2016.

The appeal court sitting in Enugu about two weeks ago nullified the election of Senator Uche Ekwunife of the Peoples Democratic Party, PDP, ordering a re-run to be conducted by the Independent National Electoral Commission, INEC, within 60 days from the date of Judgment.

The court’s judgment was consequent upon an appeal filed by the APGA candidate in the March 28 National Assembly elections.

APGA, in the political summit tagged, ‘Anambra Central senatorial zone for Chief Umeh’ and convened by the party’s Assistant National Secretary, Prince Chukwuma Ojukwu at Awka – Etiti, was aimed at educating the voters and stakeholders on why the former APGA national chairman should be given the mandate in the rescheduled election.

It was also learnt that the summit was to counter the alleged media attack on Umeh by the sacked PDP senator.

Speaking on the occasion, the Senior Special Assistant to Governor Willie Obiano on Youth Mobilization, Chief Tony Uche, said, the summit was put together to further reject the victory robbed APGA by the PDP, and given to Senator Ekwunife in the senatorial poll.

“We are here today because we do not accept the last result of the senatorial election conducted in Anambra Central in which the PDP candidate was declared winner, when it was obvious that our candidate, Chief Umeh, won the election overwhelmingly”, Uche said.