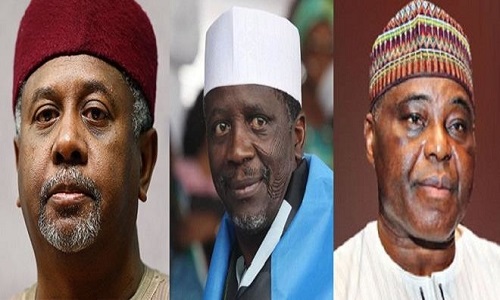 Ordinarily, Mr. Femi Falana (SAN), would be threatening legal fireworks by now over the continued detention of all those involved in the $2.2 billion arms deal scandal but the human rights lawyer has chosen a different approach this time, insisting that they must not be allowed to go scot-free.

Mr. Falana made the call on Wednesday in an interview with newsmen on the sideline of the official opening of Amnesty International Office in Abuja.

The Lagos lawyer, who represented some soldiers and officers tried by a Military Court General Martial for mutiny, acts of cowardice and disobeying their superiors among others while they were deployed in the North East to fight Boko Haram, hinted that he would be filing a petition before the International Criminal Court of Justice to ensure that perpetrators of the arms deal funds were tried for crimes against humanity.

“Nobody must invoke human rights; those who stole the money meant for procuring arms must not go unpunished.

“No lawyer must be permitted to invoke human rights to cover these crimes against humanity because they go beyond just stealing”, Mr. Falana stated.

He added that “We are only talking of those who are alive, how about those who have been killed recklessly because of this kind of irresponsibility on the part of a few people”.

The Senior Advocate of Nigeria insisted that “The EFCC has not violated any law in keeping those who are alleged to have turned the office of the NSA into a bazaar market where huge funds were being distributed”.

While commenting on the recovery of stolen funds by government officials in past administrations, Falana canvassed for the opening of a special account to house the funds for infrastructural development.

“The Nigerian people must insist that the Muhammadu Buhari administration should open a dedicated account – not TSA, don’t take it to the Central Bank, it shouldn’t be shared – where all money recovered from those who have looted the wealth of the country will be warehoused for the infrastructural development of the country”, he advocated, insisting that “It should not be taken to the Federation Account”.