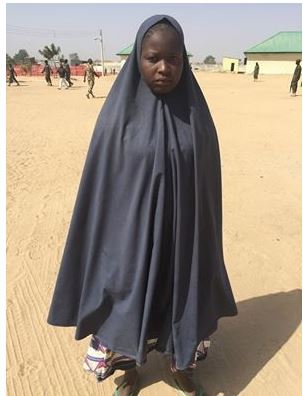 Press statement from the Nigerian Army

At about 8.00am two suspected female suicide bombers detonated themselves at Madagali Market in Adamawa State in which 17 people were killed and 44 others suffered various degrees of injuries. Similarly, the General Officer Commanding (GOC) 7 Division, Major General Lamidi Adeosun, has shed more light on the suicide bombings in Maiduguri, Borno State in which 26 people were killed while 85 others were injured on Monday morning at a news briefing.

It should be recalled that 14 female suicide bombers attempted to attack Maiduguri, Borno state capital on Sunday but were repelled by gallant troops. He revealed that tenage female suicide bombers tried to force themselves into Maiduguri with the intent carrying out massive and coordinated suicide attacks using 4 different routes into the city; Asuwari, Mulai Kura, Baderi village Nine Damboa Road and Jameri village.

They were however intercepted by the troops. Unfortunately 3 of them detonated their Improvised Explosive Devices (IEDs) at various places Monday morning killing 26 Persons and injuring 85 others. It should be noted that out of the 14 suicide bombers 7 were gunned down by the troops not 10 as earlier reported while 3 of them escaped in the ensuing confusion. Sadly, the escaped terrorists detonated their IEDs in 2 separate locations.

One of them went to a house requesting for a kettle of water to perform ablution but blew herself close to a Mosque killing herself and one person, while 13 others sustained injuries. While the other detonated her bomb at Baderi general area. However, one of them, Fatima Babagapchia, was apprehended during the operation.

The GOC praised the gallantry of the troops for being vigilant at all time. He commended the troops courage by eliminating the suicide bombers and arresting some of them, which he believes have averted what would have been a major disaster if they had gain entry into the town. Speaking to newsmen during an interview, the suspected suicide bomber Fatima said she lives with her parents in Bullunkutu Abuja, in Maiduguri before abducted with 6 other females in Monguno town.

She admitted that being a divorced mother of a baby girl, she was never involves in terror activities since her abduction last year. She further said, Boko Haram terrorists took her along with others 5 females in a vehicle through unknown routes before arriving the outskirt of Maiduguri where she managed to escape and passed the night in a nearby village.