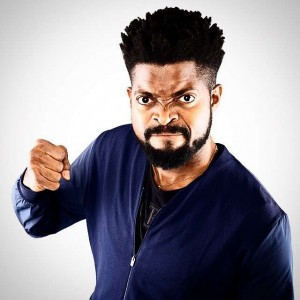 Veteran comedian Basketmouth, isn’t the quiet type. He’s the type to quickly fire back if he feels attacked.

Basketmouth is definitely not cool with Freeze.

The duo who were former tight friends might have issues after Basketmouth attacked Freeze at the OLIC show yesterday (December 27).

When Basketmouth took the stage at the Olamide concert he took shots at the on-air-personality.

“There’s this former Cool FM presenter here, Freeze. I see am for red carpet, where him dey?” said Basketmouth. The audience then pointed at Freeze.

“Make una nor deceived by this guy’s fair skin o. Nor be oyinbo o, na eczema cause am o. Freeze my guy, your wife nor beat you today?” further said Basketmouth in reference to the claims Freeze made of being a victim of domestic abuse.

The veteran radio presenter didn’t look disturbed when Basketmouth threw jabs at him.

After the show was over, Freeze took his own shot at Basketmouth on Twitter.

“#PutAJokeInTheBasket please help an old colleague resurrect his ailing career by donating a #joke! His performance at #OLIC2 was just too weak! N50,000 for the best joke! Let’s help him keep his dream alive” wrote Freeze on Instagram when he shared the picture of a few notes and coins in a basket.

Basketmouth saw this diss, and replied on Instagram also. “You know you’re irrelevant when you diss someone on IG and you get just 18 comments…half of them by you.”

No one knows the reason of the beef between Basketmouth and Freeze, but it surely seems they will carry this feud into 2016.