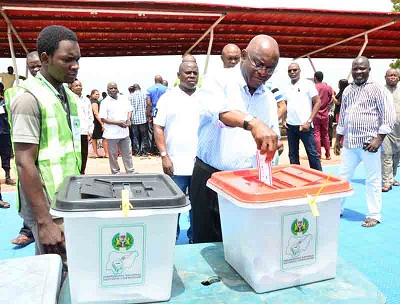 Mr. Tsav was reacting to the Appeal Court ruling that nullified Mark’s election and ordered a re-run within 90 days.

The former police boss, who decried his Tiv kinsmen’s jubilant stance over the appellate court’s ruling, urged the Idoma nation not to allow selfish politicians to mislead them to abandon the former Senate president as they prepared for a re-run election.

Tsav noted that despite the setback, an average Idoma man values the leadership qualities of Senator Mark and his contribution to the development of the area.

He wondered how some Tiv politicians, who would never support the emergence of an Idoma man as governor of Benue, would suddenly want to interfere in the matters affecting “the progressive and self-reliant Idoma people”.